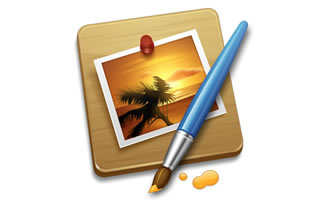 The Best Value for Money Image Editing Software on the Planet!

Thanks to the newly launched Mac App Store I am now the proud owner of Pixelmator. What is Pixelmator you ask? It is simply the most exciting image editor/creator for the Mac.

When you spend a large amount of your time working with images it is really important to have software that not only works really well (fast and stable) but is also a pleasure to use. This is what makes Pixelmator such an outstanding piece of software. It’s a simple fact that designers like using things that look good and Pixelmator looks better than good – the user interface design is stunning (Apple would be proud to have designed it). Not only does it look gorgeous but it is packed with subtle features that make things so intuitive that when you use it you find yourself saying over and over again, “why doesn’t Photoshop do that”. For example when you select a tool from the toolbar it pops up, so you can clearly see what you currently have selected. The Pixelmator company was founded in 2007 by brothers, Saulius and Aidas Dailide driven by the desire to produce an image editor that was 100% Mac. What they have delivered in version 1.6.4 is a superbly crafted, full featured image creation and editing program that can hold it’s own against industry standards like Photoshop. In fact, this program is so good I am sure it won’t be long before Adobe or Apple come knocking on the door at Pixelmator (if they haven’t already).

Another feature that sets this app apart from anything else I have ever used is the ability to generate effects using Apple’s Quartz Composer. These filters open up a whole new world of possibilities for rapid image creation and experimentation. In short, if you are a designer working on a Mac, Pixelmator is a “must have” and best of all is the price.  When you discover how powerful this program is you will feel almost guilty for getting it so cheap!