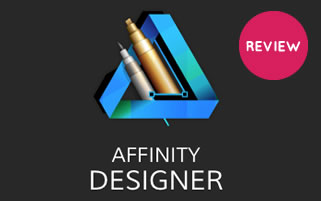 If you are a design professional running a studio, then, like me, you are always on the lookout for new software that can provide you with pro-grade tools that can free you from the costly burden imposed by the big players in the graphics software market.

With the release of the Apple App store back in 2008, Apple set the lead by reducing the price of it’s Pro software and allowing you to install a purchased application on all the devices you own. At last, a company understood that if you produce great software you don’t need to set the price so high people have to take out a loan to afford it! Raise your hands if you share my belief that Pro software should be:

Thanks to Apple and a new breed of software development companies who actually ‘get it’, this in now becoming a reality. They are not intent on trying to lock customers in with rediculous subscription plans. Why not? Because they have nothing to fear and in most cases are motivated by the above three principles. How many designers are living for the day when they can live without Adobe. Sure Adobe make great software but their pricing model just screams, we have a market monopoly and we’re scared we’re going to lose it.  I feel so much better for having got that off my chest!

Enter a new player in the vector art software market, Affinity Designer. Developed by Serif, Affinity is built exclusively for Mac and its development was driven by creative designers from the outset. According to their website, Affinity was ‘conceived and developed by a passionate team of artists and programmers’ and the result is very very impressive. Affinity gives designers exactly what they need for the highest quality artwork, with high quality tools in a fast, innovative, reliable app packed with style.

Since it’s release in November 2014 Affinity has made quite an impression on the design community and achieved the following:

So how good is it? How does it stack up against Adobe Illustrator?

Let’s start with the interface. Opening the program for the first time reminded me of the first time I opened Pixelmator. It brought an instant smile to my face. The interface is clean and refined with beautifully crafted tool icons. The ‘Welcome’ panel offers some sample illustrations created by leading designers like Jonathan Ball. I clicked and opened Jonathan’s ‘Space’ illustration, jumped in and started playing. I zoomed, grouped and ungrouped, repositioned, scaled, saved, exported and generally had fun.

I then decided to whip up a quick logo to test it in a start from scratch scenario. As anyone who spends most of their day using design software knows it doesn’t take you long to decide whether you like a piece of software and it’s worth using as part of your toolkit. After experimenting with Affinities capabilities for around ten minutes I was both pleased and relieved. Pleased that another company has developed such a powerful and intuitive vector based program and relieved that I am no longer bound to Adobe. The feeling of freedom you get at the realization that you don’t need to upgrade Illustrator ever again is almost euphoric! Before I get too carried away, I must add that Affinity is not yet the complete replacement for illustrator just yet. It is lacking in some areas. For example it does not as yet have a Type on Curves function. However, this and many more new features are in development and will be available in the next release – which by the way, will be a FREE update!

All in all the team at Serif have produced a superb program that will find a solid place in the design industry. Keep up the great work Serif – all that’s left now is to release an InDesign killer.

To learn more about Affinity Designer visit the official website or try the free trial.

Please note: Red Bilby does not receive payment of any kind for reviews or endorsements and accepts no responsibility for any action taken based on our reviews.